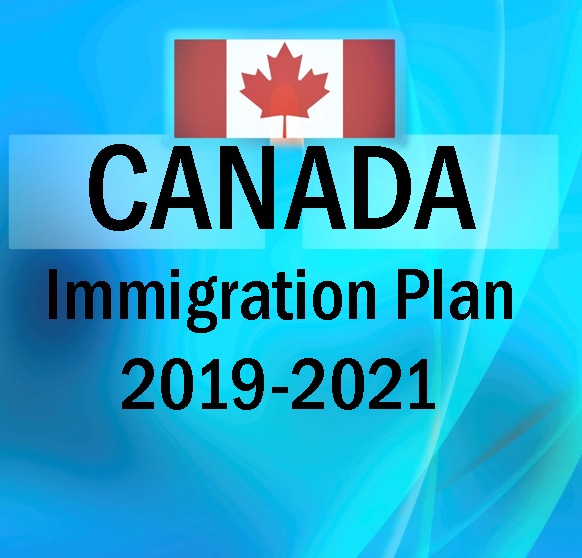 Immigration to Canada to be ramped up over next three years, for that Canada formulated Canada Immigration Levels Plan: 2019-2021

Update: A newer Canada Immigration Levels Plan for 2021-2023 has now been published. To get the latest information about the latest plan.

More than a million new permanent residents will be admitted to Canada over three years from 2019 to 2021, under an ambitious plan announced by Immigration, Refugees and Citizenship Canada (IRCC) on October 31, 2018.

In total, Canada plans to admit around 1,021,800 new permanent residents over the three-year period, with as many as 1,080,000 to be admitted if the government hits the upper range of its targets.

Of these, the majority (approximately 58 percent) are set to be admitted as economic migrants, encompassing a range of programs at the federal and provincial levels. The most well-known of these are the federal economic programs managed under the Express Entry system, namely the Federal Skilled Worker Class, the Canadian Experience Class, and the Federal Skilled Trades Class.

Increasing intake targets for these Express Entry programs over the coming years may place downward pressure on the Comprehensive Ranking System (CRS) cut-off threshold in Express Entry draws, as more people will be invited to apply.

The number of newcomers immigrating to Canada through a Provincial Nominee Program (PNP) is also set to increase year on year. Canada’s provinces have been eager to exploit the opportunity afforded to them by the federal government by welcoming applications across a wide and ever-growing range of PNP streams, some of which are aligned with Express Entry, and some of which exist outside that federal system. You can review and keep track of your PNP options on Moving2Canada’s PNP Live Tracker.

Canada will also welcome around 270,500 spouses, common-law partners, dependent children, parents and grandparents of Canadian citizens, and permanent residents under its Family Class programs over the three-year period. Finally, Canada will continue to uphold its tradition of being a safe haven for those in need by settling up to 147,850 refugees, as well as up to 13,750 for humanitarian and other reasons.

Figures for economic immigration to Quebec have been designated as ‘to be determined, with the government of Canada stating that levels were not able to be finalized in conjunction with the recent election in Quebec. Targets are expected to be established following consultations between the government of Canada and its counterpart in Quebec, now led by the Coalition Avenir Quebec, which plans to reduce overall immigration levels to the province to around 40,000 per year, down from around 50,000 per year.

All of these figures represent an increase in the previous multi-year Canada Immigration Levels Plan, which was published towards the end of 2017.

“The new multi-year immigration levels plan supports Canadian employers and businesses by ensuring they have the skilled labour they need to spur innovation and help to keep our country at the forefront of the global economy. Building on the strong foundation set out last year and continuing to increase economic immigration will help Canada stay competitive and attract talent from around the world.”

The 2019-2021 Canada Immigration Levels Plan figures do not include the many hundreds of thousands of temporary foreign workers and international students expected to move to Canada annually.

Working While Studying in Canada