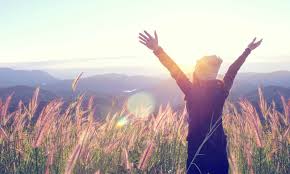 The IRCC, together with the Canadian government stands for equal rights across multicultural Canada and ensure Religious Rights in Canada.

Canada is recognized globally for its leadership on human rights issues and takes principled positions to promote Canadian values of pluralism and tolerance throughout the world.

On February 19, 2013, the Government of Canada officially opened its Office of Religious Freedom, within Foreign Affairs, Trade, and Development Canada. A Canada-based ambassador and a team of officials carry out the office’s mandate, which is to:

In Canada’s view, freedom of religion or belief, including the ability to worship in peace and security, is a universal human right. Through the Office of Religious Freedom, Canada will continue to work with like-minded partners to speak out against egregious violations of freedom of religion, denounce violence against human rights defenders, and condemn attacks on worshipers and places of worship around the world.

Who do I contact if I feel that I have been discriminated against?

If you feel that you have been discriminated against in any way, then you can contact:

HOW TO GET PREPARED FOR CANADA

6 tips before you start your new life Canada